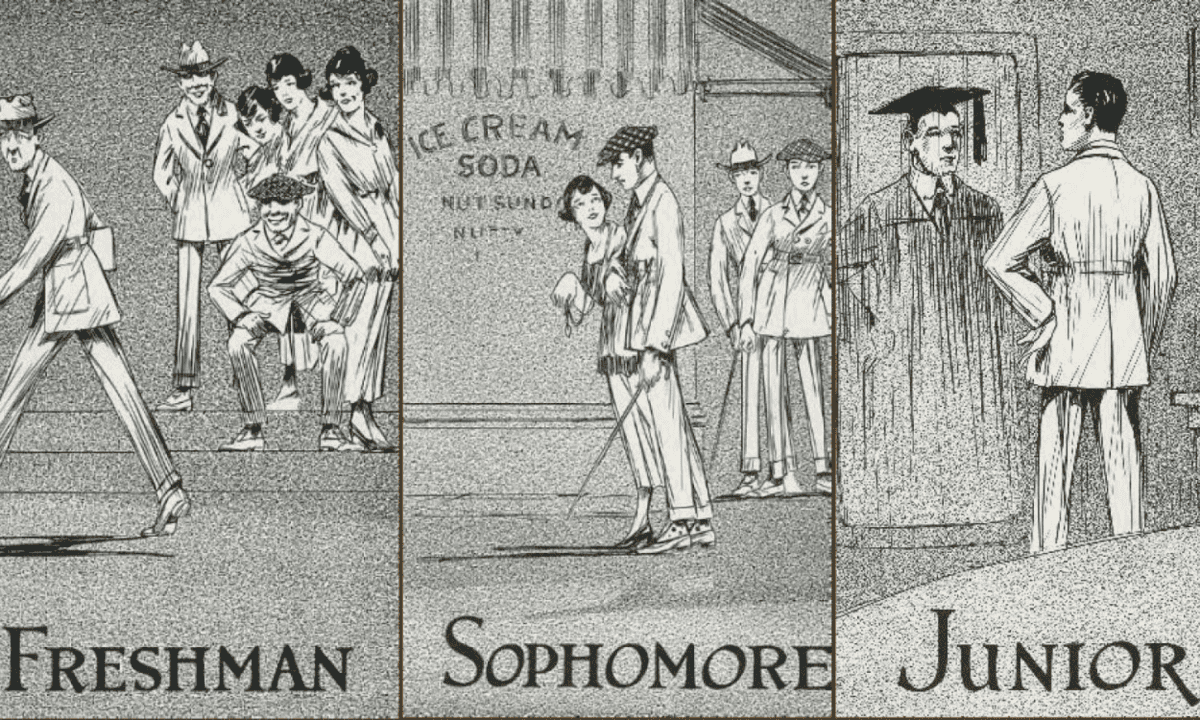 You might have heard the terms freshman, sophomore, junior, and senior before, but what do they mean, and why does the U.S. use such “weird” terms to describe their students?

A freshman is an undergraduate student in their first year of college.

A sophomore is an undergraduate student in their second year of college.

A junior is an undergraduate student in their third year of college.

A Senior is an undergraduate student in their last year of college.

Like many of America’s collegiate traditions, the terms for describing which year of undergraduate education a student is in are rooted in England’s respected universities, Oxford and Cambridge.
Harvard adopted the terms at its establishment in 1636, and most universities and high schools in the United States followed foot.

While this explains why U.S. high schools and colleges use the terms freshman, sophomore, junior, and senior, we will further explore the origin of these terms in the following paragraph.

In the 17th century, new students at respected English universities such as Oxford and Cambridge were called “fresh men,” which then was joined to make the term freshman.

Second-year students were referred to as “sophy more,” which stems from the Greek words for clever or wise (’sophos’) and foolish (’moros’). Merging the two terms created an oxymoron describing second-year students as “wise fools.”

After another year of studies, said “wise fools” graduate to the level of “sophister.” Sophister dates back to the 14th century and means “wise man” or “expert.” This level of study was then further split into two years called junior sophister and senior sophister, later shortened to the terms we have got to know, junior and senior.

If you want to know more about studying in the USA, feel free to contact us.